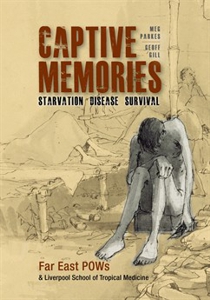 At the end of WWII, even before the men returned to the UK following the end of hostilities with Japan, LSTM’s then Dean, Brian Maegraith addressed a large group of their families in Blackpool in early September 1945, answering questions about the kind of tropical diseases and infections that the men may return with. On their arrival back in the UK, the men went their own way, but in early post war months many, especially those living in the north if England, found their way to LSTM, beginning the unique scientific and medical collaboration which is now in its seventh decade.

From 1967 onwards LSTM became the primary centre to carry out Tropical Disease Investigations (TDIs) for FEPOW. By this time hundreds of men had been under the care of LSTM and in the mid-1970s Dr Geoff Gill became involved in their care until the last TDI was carried out in 1999. The relationship with LSTM did not end there and out of this enduring relationship came knowledge which improved the diagnosis and treatment of some tropical diseases.

In 2007 Meg began a social history project and recorded interviews with 66 former FEPOW as well as some of their wives and widows, the culmination of which is Captive Memories. It charts the history of these survivors, remembered six decades after their release. It is a touching and personal account of their captivity, survival and the struggles, both physical and psychological, faced on their release. Each person interviewed is quoted in the book which provides a fascinating history underpinned with eyewitness accounts and personal perspectives.