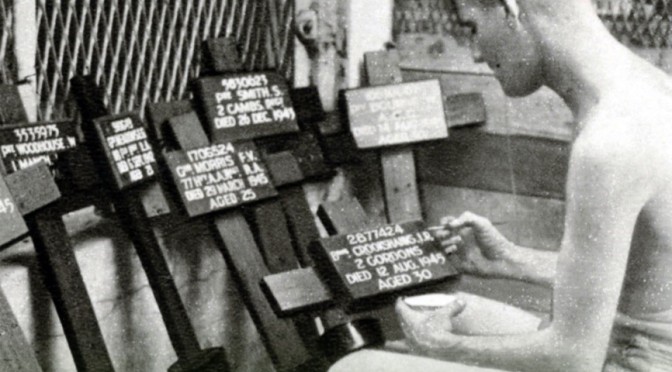 Original Source: Transcribed from the National Archive reference WO392/23-26 ‘British Prisoners Of War Held In Japan Or Japanese-Occupied Territory’

In 1945, 37,583 British and Commonwealth soldiers were released from Japanese captivity and Forces War Records has their details.

During the course of the Second World War, over 140,000 Allied soldiers were captured by the Armed Forces of the Empire of Japan. These men were kept in barbaric conditions, utilised as forced labour, tortured for information and used for medical experiments. Japan, while a signatory of the 1929 Geneva Convention, never ratified it and thus ignored it. Treatment of Allied prisoners was so poor that over 30,000 died in captivity. Many of the guards responsible were subsequently tried for war crimes.

Immortalised in films such as “The Bridge on the River Kwai” (1957) and “To End all Wars” (2001), there is no denying the significant impact that these events had and continue to have on survivors, veterans and their families. Indeed, Japanese War Crimes against Prisoners of War are often a hotly debated topic.

This collection was compiled by the Directorate for Prisoners of War and lists the soldiers, along with the occasional civilian, who endured these conditions. Prisoners were only obliged to provide their name, rank and number so the amount of military information is limited, however the records do include the date of capture, the camp in which they were held and the date of liberation, be that through release, escape or death.

On the 70th Anniversary of the Empire of Japan’s surrender we are pleased to present this collection of 56,363 records, a permanent memorial to the servicemen involved and an invaluable resource for genealogists.

In addition, the record set includes such notable entries as:

Lieutenant Colonel Philip Toosey, the senior Allied Officer held at Tha Maa Kham PoW camp and the officer upon whom Alec Guinness’ Colonel Nicholson from ‘The Bridge on the River Kwai’ was based.

Ernest William Swanton, the BBC Radio Sports broadcaster and journalist who was a regular commentator on ‘Test Match Special’.