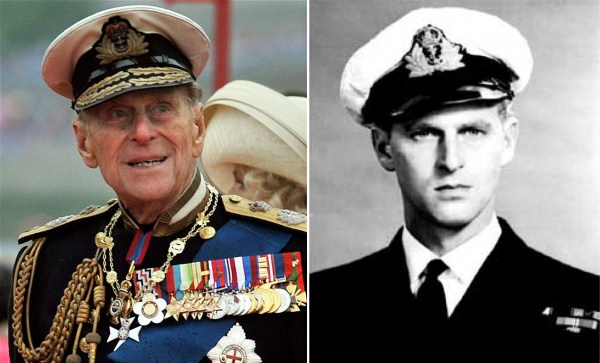 To mark the VJ Day 70 events we are reproducing the following extract taken from Prince Philip’s speech at the May 1974 National Federation of FEPOW Clubs and Associations 23rd national conference held in Blackpool. This was later published in the June/July 1974 issue of ‘FEPOW Forum’, the official magazine of the London FEPOW Club.
Reasons for Survival
Luck plays a very big part in ordinary life, but in war the element of luck is literally VITAL. Since I was invited to attend this reunion, I have been looking into the appalling story of POWs in the Far East and I can only say that I blessed my luck that I was not one of them.
I was fortunate enough, during a visit to Thailand some years ago, to see the famous bridge and I took the opportunity to lay a wreath at the camp cemetery, now beautifully looked after by the Imperial War Graves Commission.
I believe that many people assume that the POWs in the Far East were kept either in Singapore or in Siam. In fact, at the end of the war, prisoners were found in Rangoon, Kuala Lumpur, Singapore, Sumatra, Java, Siam, Saigon, Borneo, Macassar, Hong Kong, Formosa, Korea, Manchuria and Japan. So far as the British were concerned the major concentrations were 7,000 in Singapore, 13,000 in Siam, 9,000 in Japan and 2,300 in Saigon.
It seems to be one of the peculiarities of human existence that there is always a good side and a bad side to everything we do. In war this contrast becomes even more marked as it brings out both the best and worst in people. This is so brilliantly illustrated by the comradeship and self-sacrifice of the Prisoners of War and the inhuman brutality of those who held them captive in the Far East.
My only personal contact with Prisoners of War in the Far East was when I was serving on the destroyer ‘HMS Whelp’ in the British Pacific Fleet. In August 1945 we found ourselves part of the escort for the flagships of the American and British Pacific Fleets on our way to Japan immediately after her capitulation. The two battleships, ‘Duke of York’ and ‘Missouri’ escorted by four US and two British destroyers, approached the Japanese coast and with considerable caution anchored for the night in Sagami Bay at the entrance of Tokyo Harbour. Suddenly, just before dusk, there was a lot of activity amongst the guard boats and later on we learned that two swimmers had been picked up. It then turned out that two Royal Marine POWs, who had escaped from their camp near Tokyo the day before, were walking along the coast when they saw, to their considerable astonishment, a fleet of Allied Ships and promptly decided swim off and join them. We felt this was a splendid welcome and we sailed to Tokyo, determined to get all of the other prisoners out as soon as possible.
Owing to one thing and another, the evacuation of prisoners could not get started quite as quickly as we would have liked but within a few days the two British destroyers were ferrying released POWs from the shore to some escort carriers which had been made ready to receive them. In spite of the surrender ceremonies, it was this job of providing the first step to freedom of these prisoners that made me realise that the war was over at last. It was a moving experience. Many of the ex-prisoners happened to be sailors and as we gave them the usual cups of tea in the wardroom and the messes, we just sat in silence as we thought what this moment must have meant to them and many guests and hosts were quite unashamed to shed a tear.
Next year it will be 30 years since your captivity came to an end. All of you suffered in one way or another and many of you are now getting on in years. I believe the nation has a very special responsibility for your welfare in old age. I am quite sure that the Far East Prisoners of War Association will see to it that no-one in sickness, old age or distress will ever be forgotten or neglected.