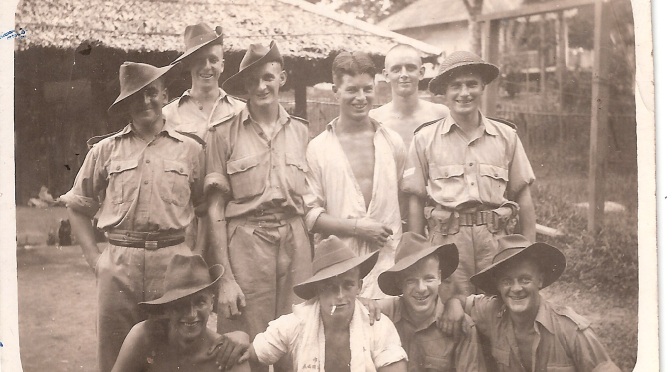 Surviving the Death Railway: A POW’s Memoir and Letters from Home

Men captive in the Far East in WWII and their families in Britain lived separate, and unspeakably stressful lives for three and a half years. Surviving the Death Railway: A POW’s Memoir and Letters from Home combines documents from both fronts to tell their story.

Barry, a young captain, and the 68 Royal Signals linemen under his command arrived in Malaya while it was still at peace. The men, mainly reservists with some regular soldiers – Dunkirk survivors, built lines through the jungles of Malaya until they were all captured at the Fall of Singapore.

In Britain, Barry’s wife Phyllis, had collected addresses for the families of the men before they disappeared behind a wall of silence. For the duration of the war and after she kept in touch with the wives, mothers, grandparents and others. She received letters – from the tenements of Glasgow to the East End of London – telling of their fears, hopes and concerns.

At the end of the war, Barry and Phyllis got in touch with all the bereaved relatives and most of the survivors, as the men tried to track down their missing friends and rebuild their family lives.

In later life Barry wrote his memoirs of life as a prisoner of the Japanese, mainly on the Thailand-Burma Railway. This is full of the details of survival, both of the drudge and disease of the up-river camps and the contrasts between the hospital wards and theatre fun,towards the end of that captivity, in the base camps.