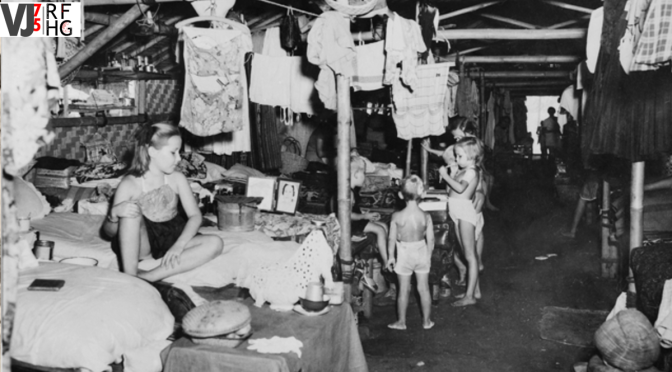 Ernest Hillen a young Dutch boy in Camp Makasar Java with his mother. His brother was in another camp with his father.

Things were happening fast, the camp gate was wide open and left so. When a group of English officers first marched into Makasar some women bowed to them until they were told to stop. My father walked through the camp gate one afternoon. We had not seen him for three and a half years. He was not a big man… “Jongeetje, let your mother and me talk” he said in a low tone. But no-one called me Jongetje “little boy” any more; old little boy maybe.