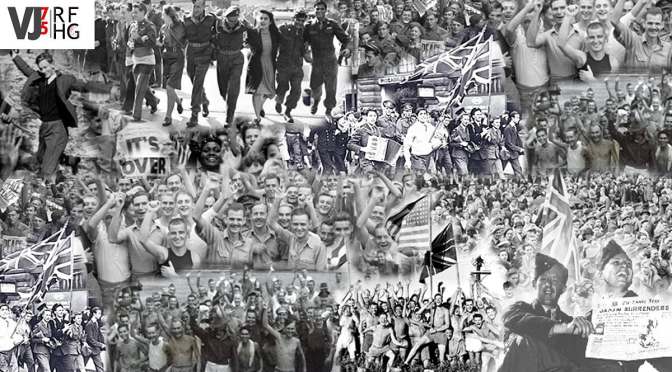 My father, Frank Percival, was called up in December 1939. He was 21 years old. After initial Army training at Seaton Barracks in Plymouth, he was posted to Bradford before heading to Gourock in Scotland to embark on 30th September 1941 on the troop ship ‘Empress of Canada‘. The troops onboard thought they were heading to North Africa – in fact they were enroute for Singapore, disembarking on 28th November 1941. After the short lived Malayan campaign, along with 80,000 plus other Allied military personnel, he was captured in Singapore by the Japanese on 15th February 1942.

The next 3.5 years saw my father engaged in railway and bridge construction work in Thailand and Burma and by the summer of 1945 aerodrome construction work for the Japanese. Soon after his return home from the war in November 1945 the story of his experiences was published by the local newspaper where he lived in North West London – the Willesden Chronicle and Kilburn Times. This was very unusual. The military had made it clear that they didn’t really want the men returning home to talk about their experiences. My father died in December 1982 and I only discovered the newspaper cutting when I was moving house in 2004. I was both delighted and sad to read it. The whole piece can be found here; https://www.far-eastern-heroes.org.uk/Your_Gods_Stronger_Than_Ours/

Here’s an extract from the article on what he had to say about the period from VJ Day up to his arrival back in the UK:

“On the night of August 15th 1945. all the Japanese in our camp were drunk. We thought nothing of this, as it was a fairly frequent occurrence. The working party for the aerodrome paraded for work as usual at 8 a.m. on the morning of the 16th, but no Japanese sentries came to take them to work. At 10.30 a.m. the Japanese Commandant made an announcement to the effect that he was going away for a few days and upon his return hoped to have some very good news for us. In the meantime outside working parties would cease. The camp immediately went mad with joy and few slept that night.

On the afternoon of August 20th, a British parachutist major arrived in the camp, gave us details of the cessation of hostilities, said that he and a number of colleagues had been in Siam for some months and arrangements were under way to get us out of Siam as quickly  as possible. He advised us to ignore the Japanese as at that time there were less than 1,000 Allied troops in the country and there were over 100,000 Japanese yet to be disarmed.

The majority took this wise counsel, being loath to prejudice their chances of recovery after having endured so many hardships. Siamese gendarmerie replaced the Japanese guards in the prisoner-of-war camps, and were placed there only for the protection of the ex-prisoners.

We moved down to Bangkok by rail on August 31st and were given wonderful receptions by the Siamese people at every station en route. We departed from Bangkok the following day by Dakota aircraft for Rangoon, and it was not until we were actually on the planes that we felt ourselves out of the clutches of the Japanese.

Our new-found elation was dimmed, however, by the memory for many hundreds of our friends left behind in Siam. They would never again see the shores of England as a result of the bestial treatment meted out to them by their Japanese captors.”

Unlike some of his peers, my father didn’t hate the Japanese. He felt that was pointless. However he never forgot his war time experiences. The war had held a number of lifetime firsts for him. His first time leaving the UK was onboard the ‘Empress of Canada‘ troopship on 30th September 1941 and his first time on a plane was on the Dakota that airlifted him from Bangkok to Rangoon on 1st September 1945. From Rangoon he headed home on 21st September on the troopship Orduna, arriving in Liverpool on 19th October via Colombo and Port Said. Like many returning home the news that greeted him was not all good. His father had died in August 1944 – the letters sent informing him of this sad news eventually caught up with him many months after getting home. Family members have told me that he didn’t talk about his war time experiences during the 1940s and 50s. However by the 1970s and 80s a lot of time had passed and he would talk about his war time experiences to my brother and I. I suspect he found it therapeutic. I am very glad that he did talk.