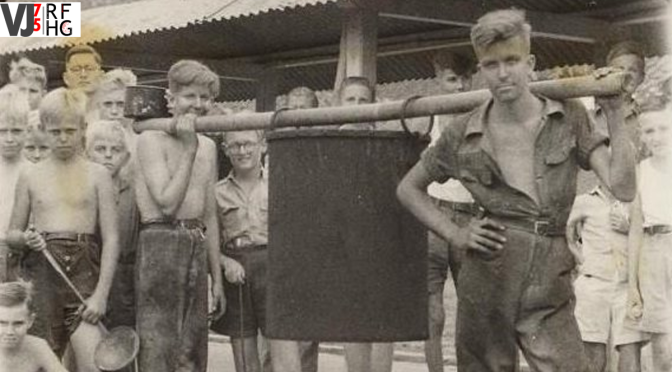 At the end we had to stay in camp for weeks/months because I was not allowed to go to my mother. It was dangerous as there was rioting outside the camps and the Indonesians were stealing from the camps.

I think it was 14th September before he went to find his mother. On my first day back my brother got asthma and my mother sent me to find a woman to help, but I did not know which woman or where. I thought my brother was dying.

We were all looking forward to that day but when that day appeared it was disappointing.

Don’t forget we had been away 9 months, a year and we were mature in our minds and we come home and mother and father treat us like babies. They treated us as they had left us a couple of years prior –That was the clash –the next day we had the mutual understanding and that was SILENCE.